Now it's time to run our DNS spoofing attack with our malicious entries file.

Let's review all the things bettercap will be doing:

Each flag in the following bettercap command corresponds to one of the above tasks:

Alternatives that I tried:

The problem is, the image/page is not loading. Possible underlying issues:

Let's try against an insecure, non-HTTPS sportsball page, to see if it's the HTTPS that's causing problems. Put this in extrabacon.conf:

Now carry out the attack again.

We apparently have success? 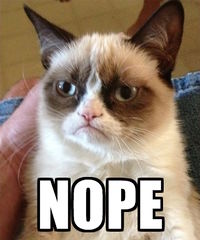 Except, not really, because it blocks way more sites than it is supposed to.

For example, MLB and NBA are also blocked, probably because they're associated.

But then, the Kali Linux official site is also blocked.

I restarted the attack, watching the network interface from the beginning with Wireshark. The spoofing attack didn't seem to be working well as multiple DNS requests were being answered by the gateway. I could see requests being intercepted by attacker. But again, the requests were not being dealt with correctly - the DNS server was hijacking too many requests/domains.

I tried changing the port to port 53, but no effect. I also tried running an ARP spoofing attack to try and get all the traffic, not just the DNS traffic, from the sheep flowing through the attacker. That did not work and seemed to break something with the DNS attack. After I stopped trying a DNS and ARP attach together, I saw some very screwy behavior from the sheep: when I typed in a web address in the sheep's browser, I would not see any DNS packets at all showing up at the attacker. (Indication: maybe they're going somewhere else?)

Disconnecting from network, resetting the mac address of the attacker machine, and reconnecting had no effect.

Need to be running an ARP spoof attack simultaneous with the DNS spoof attack - otherwise we'll be waiting for DNS traffic, but it will never come to us, because it only passes between the router and the client and not through the man in the middle.

Picking this back up here: Bettercap/Failed DNS Spoofing Attack 2