Question 3-2) Write a program to reverse the direction of a singly linked list in O(n) time.

To reverse a linked list, need to hang on to three separate pointers:

if length is 0, do nothing

if length is 1, do nothing

This was implemented in the TLinkedList<T> class, the templated generic linked list type:

Here are the total walltime costs and per operation costs for the remove operation defined in the TLinkedList class above.

Code to make these figures is here: https://git.charlesreid1.com/cs/java/src/master/lists/linked-lists/Timing.java 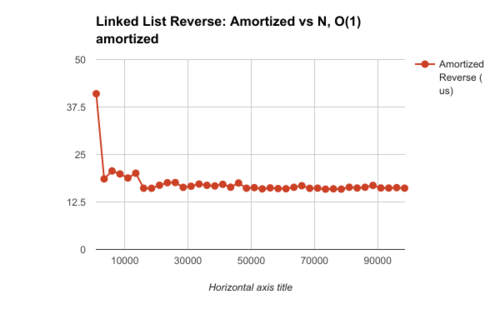 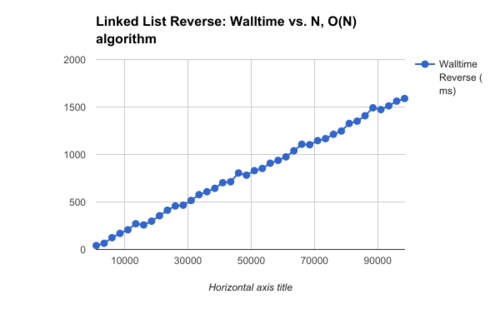