This is a step-by-step walkthrough of connecting to a headless Raspberry Pi running Kali 2.0 by connecting to the pi via a crossover cable.

Plug in the ethernet cable from the Pi to your laptop. 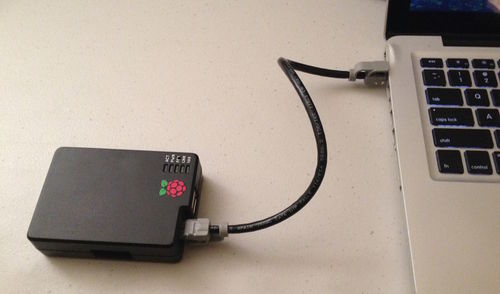 Then plug in the Raspberry Pi power cord. 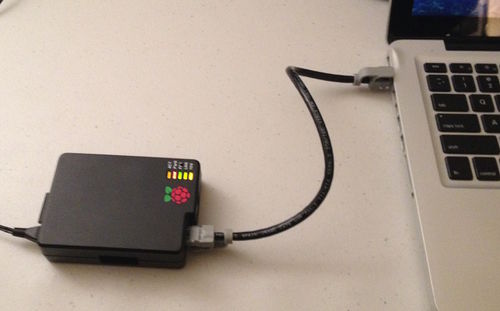 The Pi should begin with a red light, then switch to red, green, and yellow lights.

Give the Pi and your laptop a minute to communicate. Your computer will assign a link-local IP address in the namespace 169.254.X.Y.

Open a command prompt on your laptop. Use the ifconfig command (or ipconfig from Windoze) to look at the IP address of each network device. In this case, I have an ethernet port (en0) and a wireless card (en1):

The key here is that my computer has automatically picked out the IP address 169.254.248.5 for its own link-local IP address. Pay attention to the THIRD part of the IP address.

Now you can shut down the Pi by unplugging the power cable, and insert the SD card into your laptop.

The last number is arbitrary, the only limitation is that it cannot match the IP address of the laptop. 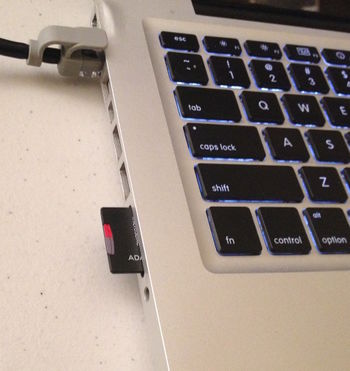 Plug the Pi back in, both to your ethernet port and to power.

Once the Pi has come back online and all lights are flashing, ping the Pi at its hard-coded IP address: 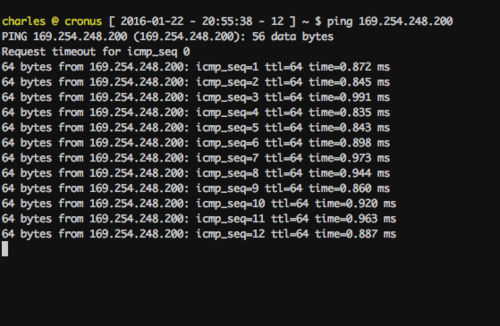 Now you should be able to SSH to the Pi: